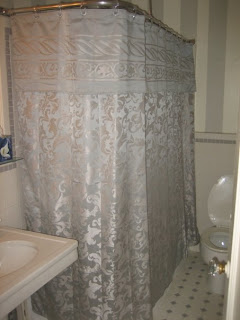 Okay, so "we" is a subjective word here as I and my crazy finances are in no way purchasing real estate at this junction. But my boyfriend is! And my cat gets to live there. And I can sleep there whenever I want. So, in essence, we are moving on up!

Remember how I told you that Boyfriend Wanted to Buy a Condo? And that the first Mortgage Broker told us we couldn't get approved for an FHA loan? And then we were sad because in our area condos are a hot and rare commodity?
Well fast forward a couple weeks. A lot has happened and I'm happy to report that not only has boyfriend been approved to buy the awesome condo we found, I have taken on outside employment in real estate!
Here's what happened:
After the first mortgage broker was unable to get us an FHA loan for a condo, we thought all was lost and just resolved to save up enough money to get a conventional mortgage. And I know some of you out there will argue that we should have waited, but well, we didn't.
Word of mouth led us to a mortgage broker who CAN procure FHA loans for a condo, something that is called a Spot Loan. This guy was able to find a bank easy peazy who would sign off on Boyfriend's income, credit score, etc.
First problem: even with lots of seller concessions, we still needed about $5k to walk in the door. Boyfriend only had $2k. He was thinking of taking a loan from his 401(k) or just post-poning the closing as long as possible. But, alas, his parents swooped in and gave him $3k. Which was awesome and apparently something they did for his older sister as well. Parents are awesome. 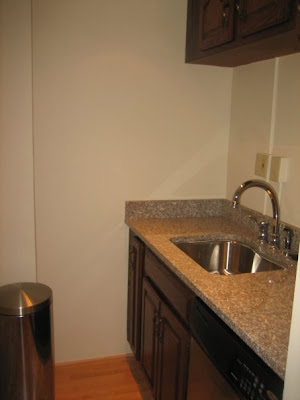 Ok, so this was three weeks ago and we were all set to close but - oh no - there's a second problem in the form of a mistake on the taxes on this condo. Long annoying story but suffice it to say, it wasn't a big problem and something the city said it would fix. Next year. The bank got mad and walked away.

We were sad and frustrated because we had locked in at a good rate and the rates had since climbed a quarter of a point. Also, we were worried that a second bank would also be turned off by this itty bitty tax issue.
But, today, we get the good news from the mortgage broker: the second bank said yes!
So there's a lot to do. He's very excited and soon our cat will have a great place to live!
How does this affect my finances, you ask? Well....Boyfriend's new condo is only one block from my apartment so I will not be frustrated that I am paying rent for a place I barely get to spend any time in. Also, I elected to represent Boyfriend in this matter as his attorney. For free. It wasn't easy and there's still more work to be done but, hey, four of my friends closed on houses THIS MONTH in my city. Had I handled the closing for these four friends, I could have made about a grand! So I have let friends and family know that I now am in the business of residential real estate closings. Guess I can use this fancy degree for something, right?
Much to be done but here are some pics from "our" new place! Oh, I will also post the numbers later (with Boyfriend's consent of course) so you can get an idea of what it is like to buy a condo (it's a little scary but rewarding).
Posted by Sallie's Niece at 6:45 PM

Congratulations, Sallie! Good things come to good people. I think it's great that you're using your fancy-pants degree for a great cause. Hopefully you can parlay this into an additional source of income. I know you and your kitty will enjoy spending time at your boyfriend's condo. That place looks sw-eet!!! P.S. Thanks for the award. ;-D

Looking forward to the condo details, real estate still scares me a bit. :) Hubby and I want to eventual buy a condo in Jersey, we might be looking at some this winter when we go to visit... It'll be years before we're ready to buy, though, so we'll either get a conventional mortgage or go through VA. (Since he's military.) I'd absolutely love to have a place to actually call mine! Renting isn't much fun... (And I love condo's because of the small, cozy size.)

Hey Sallie's Niece, I only found your blog last week and before I knew it I had read your entire blog from start to finish! I just want to say that I'm really inspired by the progress you've made, and you and your guy should really celebrate his new place, as it's a great reward for all your hard work, and I bet it will inspire you even more on your money journey. I'm going to add you to my 'roll so I can keep on reading. :)

Thanks so much for the complement, I love getting new readers! I'll be sure to check out your blog as well.