Confessions of a Biological Clock 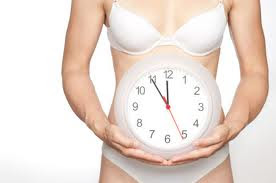 Hi all. I'm sorry. I have been meaning to write an entry forever. Frankly, other than the student loan debt roundups which I've forgotten to do for a few months, not much is new with me. It wasn't until today that I realized the ONE THING that has been going on in my life I've been reluctant to write about.

Because you're not supposed to talk about it.


It's awkward, personal and bordering on rude in some people's opinions. But I've decided to say it anyway because I thought at least some of my readers would like to know. And because after several years of writing about my life I didn't want to let this blog just die off as I enter a new phase of my life.
I want a baby.

Not just me. My husband does too. We want to create a new person. I told you this would be awkward to talk about. I am trying to get pregnant. Phew, there I said it.
I remember a couple years back, when I was planning my wedding, a commenter remarked on my blog that I was going to "get married, get pregnant and quit my job." As you can imagine I was offended by his remarks. Not only because he was implying I was some sort of Gold Digger, but because he was trying to fit me into a box. The Predictable Female box. Even though I always thought I wanted kids, for someone else to assume I would be having them just because I was getting married hurt.

I was never the type of woman that was anxious to get married. I made my education and then my career a priority. And I am so happy I had an independent life, over a decade of living on my own before marrying DH.
Then during the 18 month engagement we talked a lot about the future. We wanted to have some time as a married couple before starting a family. We wanted to travel, enjoy each other's company and become financially secure. We set a date that we would start to try.

And then we started trying. And it was exciting and scary all at the same time. I toured a day care (take that rude commenter!) and picked out baby names. Quickly, however, it seemed that something was wrong. Without getting into too many details, it just wasn't happening.
Months go by and I invest in books, a thermometer, over the counter medical supplies, fertility yoga, fertility tea, herbs and vitamins. I drink 96 ounces of water a day. I turn 32. I try acupuncture. I'm still not pregnant.

So that's what's new with me. I wish I had better news. I just wanted to say I always thought the whole concept of a biological clock was silly. I thought women were being pressured by societal norms to reproduce, not nature. Sadly now, I know the truth. There is something going on now that even common sense cannot suppress. I could have anything in the world right now and it wouldn't matter because it's not a baby. Sometimes it's a dark place.
The good news is I have excellent insurance and an appointment to see a specialist in less than a month. I'll keep you posted and I promise to try and resume a more frequent blogging schedule from here on out.
Posted by Sallie's Niece at 9:45 AM 10 comments: